Linkedin – Is it the end?

Wednesday afternoon, twiddling my thumbs, playing with google advertising, doing some business “housekeeping”. Exciting is not going to find its way anywhere near that sentence. To break up the monotony I  decided to head over to Linkedin for some inspiration, after all I had not been on my profile page for quite a while, and I had recently received some random connection requests that I had ignored and thereby can justify my “timeout”. What I found was that in the past four years nothing has changed for the better and I would argue that Linkedin, in its desperation to generate income has encouraged a downward turn in content worth reading. Linkedin has become Facebook-esque. Always threatened to happen but now it has truly arrived or maybe it happened three and half years ago when I dozed off.

The evidence was in my so called Linkedin news stream. It all started well enough, with a decent share from Hubspot, always a good source, about how to get people to click on your web content and engage.

Up next a sponsored ad about big data – big yawn, that’s not to argue against big data, but it is all a little dull, vague and requires a room full of ultra-geek personnel to decode – pop goes the staff budget, but “hey guys we are popular in the Indian subcontinent”.

Stick with me it gets better, per se..

I don’t really mean better per se, I actually mean that the peasants are revolting, bad double entendre aside and an interesting snippet from one my old MDs out of the way, but there is a small fightback being mounted. But before I get to that, let’s get inspired by some of the content further down the news, and if this doesn’t make you want to fire the person that posted it then nothing will: 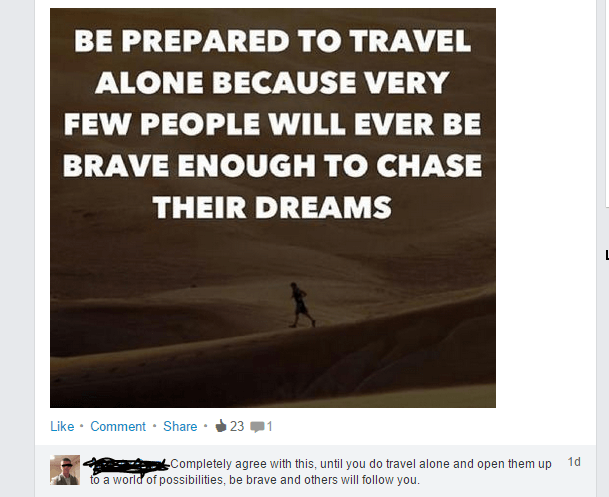 Whoever that chap is he needs a promotion for being so “on message”, as does the fella that “Completely agree with this”. High fives all round. I’m not cynical before you think it, I’m just so very bored with the mindset of the people that feel the need to publish this kind of trite self-help rubbish instead of just working. What makes matters worse is that the man in the photo isn’t alone, he is with a photographer although I suppose I should be grateful that there is no selfie involved.

Further down the list, I encounter some sly casual sexism dressed up as content by Linkedin themselves: 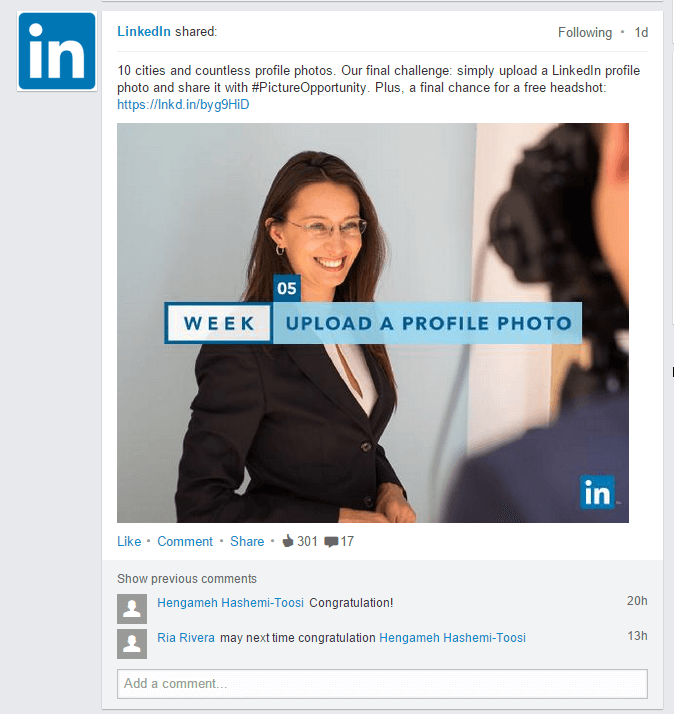 Why is this sexist? Firstly, it’s a photograph of, in case you didn’t notice, a woman. Secondly, why couldn’t it have been a man with his shirt opened to his navel? If the point of the exercise is to encourage the Linkedin user base to upload a photo and by doing so allow them the opportunity of winning the chance of a headshot;

“We’re traveling across the country to offer free headshots and profile advice to our members. So stop by and we’ll help take your profile from good to amazing.” Linkedin

If this is truly the case then have the courage to run the campaign with the headshot of a model. Maybe I’m wrong but….

Finally, after a few more adverts and some other superfluous shares I came across this: 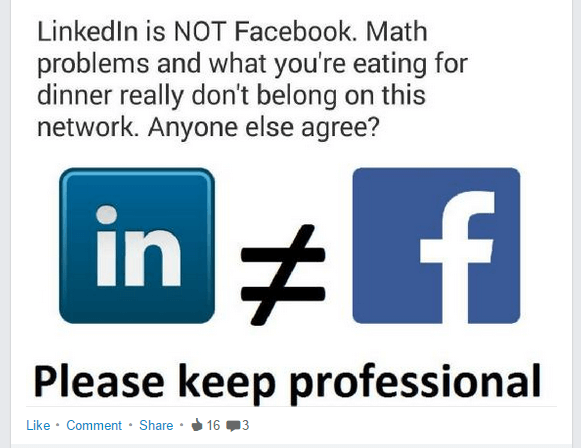 Hooray. No really, I mean whoop with joy and share amongst all of your colleagues on Linkedin, they will after all be delighted. Or probably not. Because whoever posted this failed to see that by posting this they are part of the problem and not part of the solution. the solution is not to post at all. Why do you feel the need? What empty hole at the center of your being is this sharing papering over? None. You have no reason to share anything at all on Linkedin any longer. No one really cares what your views are other than when they come to use them against you. Linkedin entices you to share by making it simple. This is not reason enough to stop thinking for yourself and allowing your index finger to take control. Sharing will not enhance your career prospects.

Linkedin is just a global directory, let’s all be professional and treat it like one.

(In the time it took to write this article another 7 updates entered my news feed. Sign up to our non-existent mailer for an update on this circa June 2019)

This site uses Akismet to reduce spam. Learn how your comment data is processed.